Improving Organizations - One Conversation at a Time 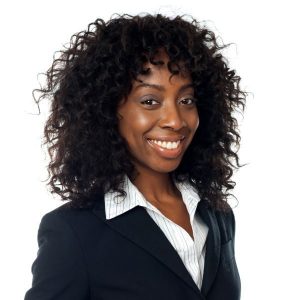 Product Management and Strategy executive was struggling with office politics. She had a reputation for being brilliant. However, her emotionally charged responses in meetings were holding her back from promotion to a senior executive role. She wanted to develop a stronger executive presence, and secure a promotion to Sr. Executive.

We worked to empower this leader to find her voice, manage emotional triggers, set healthy boundaries, reduce the impacts of stress. We focused on building more powerful negotiation skills, more effective ways of communicating with the senior executives she wished to be her peers, and an understanding of the conflicting values that were causing strong reactions. We also helped her to uncover how she was sabotaging herself with unhelpful habits and beliefs.

At the end of our engagement, the client stated that she had increased confidence that enabled her to stop striving for success and instead started walking in it. Her mindset shifted from one of, “If you let me do all the work I will prove that I can, then I can ask for a promotion or raise,” to being able to confidently say, “I’ve proven I can do this. Give me the promotion and the raise and I’ll do the work.” The client reported that she was able to set clear and effective boundaries, recognize her strengths, and how her values impact her behavior. Her communication with the next level leaders improved, and her boss acknowledged that she is ready for promotion in the coming cycle.

A large enterprise client that was growing quickly through acquisition. The client was caught in a double acquisition with some parts of the organization in a triple acquisition position. There were territorial challenges over who owned the products and standoffs between departments in one state that was managed by merger leaders in another state. The culture of the organization was completely disrupted and product delivery was being impacted. The leaders of the enterprise wanted to create transparency, develop stronger management practices, improve delivery of software products through agile, and stabilize the culture.

In our work together, we did an initial assessment of the organization to uncover the largest challenges in the enterprise and developed a plan for addressing those challenges head on. Together, we focused on tearing down the wall that separated the organizations in the two states. We used feedback to create transparency and help both sides see how they were contributing to the communications problems. We helped them to honor and appreciate what each organization was before the merger. Then, created transparency into the strengths that each brought into the relationship and helped them to make a decision to become allies rather than enemies.

Through looking at the differing value systems and approaches each side had, they were able to uncover that both wanted the same outcomes. However, they were focusing on different things to get there. Where there were gaps in management effectiveness, we worked with those managers to help them realize that they were vital in the success of the organization and helped them find their place in a new world. Where necessary we worked with managers to build capabilities around effective management of individuals and teams. Together, we identified roles that were missing and made business cases to get the funding for the staff needed to appropriately run the organization.

As new team members were hired, we focused on integrating and mixing the existing team members in both states together into agile teams with new hires. We worked with the teams to learn agile methods and improve the way they approached their work to improve delivery. Teams began to understand that in order to be empowered to make decisions at the team level, they also had to improve their level of responsibility and accountability. With leaders of teams we challenged them to focus on outcomes rather than outputs and to understand that process doesn’t have to be identical on each team. Eventually managers let go of the need to micromanage how the teams delivered which created momentum and motivation inside the teams to take ownership of delivery.

Over time, the territorialism ceased, management effectiveness increased, trust was created through transparency, and both product delivery and quality improved.

An operations manager was in a job with no opportunity for advancement and was ready to move to another level. He wanted to find a way to gain more responsibility and a larger salary without leaving the company. His confidence was low, and he was struggling to maintain motivation. 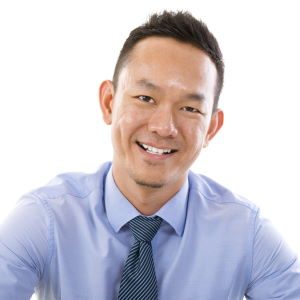 We worked with the client to restore confidence and generate creative solutions for how he might get what he wanted without compromising what he did not want to give up. We focused on how past successes were indicators of future possibilities. And we helped the client to find different ways to communicate the value of the impact he was making on the company.

At the end of our engagement, the client stated that the work we did around creative thinking and communications awakened his inner confidence again. It pushed him to promote his own ability to communicate his worth to his employer. He found the strength and resolve to sell himself as the best candidate for a senior level position. Ultimately, he used the knowledge he had with his newly awakened passion to stand out among his peers to gain the promotion. Three years later he reports that he has continued to excel and has developed greatly within his current field and has received yet another promotion.

Organizations Where We Made an Impact