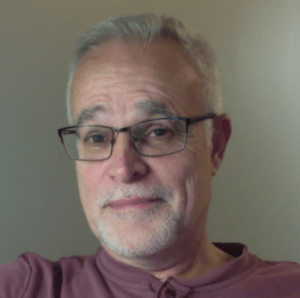 Cliff Berg is an author of “Agile 2: The Next Iteration of Agile” (Wiley). He is a DevOps instructor and practitioner, and was an early adopter of Agile in 2000 when he was CTO and co-founder of a 200 person IT services company.

I am an Agilist. The company that I co-founded in 1995, with almost 200 employees by the year 2000, adopted eXtreme Programming (XP) that year. My 2005 book High-Assurance Design interpreted secure and high reliability engineering practices in an Agile context, proposing a concrete answer to the question, “How can organizations build highly reliable and secure systems using Agile methods?” Since then I have helped more than ten large organizations to move to Agile and DevOps approaches.

Why Face-to-Face Communication Is Not Thinking

The Agile community is very big on face-to-face communication, and rightly so. I believe that the Agile movement’s preference for face-to-face is a reaction to the 1990s era trend toward thick documents, whose authors – often consultants – had left the building, leaving programmers with impenetrable specifications that often contained inconsistencies and were too vague to be useful. The Agile movement also emphasized that one cannot create a complete spec up front.

Why Face-to-Face Communication Is Not Thinking

The Agile community is very big on face-to-face communication, and rightly so. I believe that the Agile movement’s preference for face-to-face is a reaction to the 1990s era trend toward thick documents, whose authors – often consultants – had left the building, leaving programmers with impenetrable specifications that often contained inconsistencies and were too vague to be useful. The Agile movement also emphasized that one cannot create a complete spec up front.

I should qualify that. One can create an up front spec, but only with enormous effort, including simulation, so that inconsistencies can be discovered before the spec is finalized. But that is a tangential issue. The issue I want to focus on is face-to-face communication.

One source of misunderstanding is around what “communication” between people actually is. It is not an event: it is a process. For complex issues, the most effective communication usually takes place over time, involving a variety of formats: face-to-face, written exchanges, and diagrams or sketches. Back and forth.

How the process starts is a matter of preference and thinking style. In my experience, extroverts like to start with a face-to-face conversation, and see how far they can take that. Introverts, on the other hand, prefer to start on their own, first thinking things through in isolation, so that they can think deeply. Then they often like to have a few written exchanges. This is so that they can explain their thoughts without being interrupted, because an introvert’s greatest fear about meeting in person is that they will not get a chance to fully explain their thoughts.

After thinking deeply, and after some written exchanges, an introvert then is ready to meet in person, to iron out differences of opinion.

What happens during an in-person verbal exchange? Well, it depends.

If you are like most people, verbal exchanges operate at a very shallow level of one’s mind. It is basically pattern matching followed by pattern generation. That’s why it occurs so fast: people sparring back and forth.

All they are doing is sharing what they already know. There is little actual thinking going on. I am not saying that no thinking happens – just not that much.

The advance of the OpenAI text generation system is an example of this. It is a neural network based system. Its latest version can construct entire articles, containing witticisms and what appear to be inferences. According to an article in Singularity Hub,

[The OpenAI system] performed well when tasked with translation, answering questions, and doing reading comprehension-type exercises that required filling in the blanks where words had been removed. They also say the model was able to do “on-the-fly reasoning,” and that it generated sample news articles 200 to 500 words long that were hard to tell apart from ones written by people.

Yet its creators explain very clearly that it does not “think” – it does not “understand” the text that it constructs. It is only performing pattern matching and pattern generation.

It is not “thinking” – as in the kind of deep thinking that people do.

And what the OpenAI system does is what most people do when they converse: they are matching patterns and generating responses. They are not thinking – at least not deeply. It is all very shallow.

The benefit of face-to-face communication is therefore not that someone will attain a new understanding. Rather, they discover differences in how they look at something compared to someone else. They can then make a mental note to think that through later – deeply. Yes, they might make a new connection – and that is important – but they cannot think it through then, on the spot – so they are not yet committed to the new idea. It is just a kind of mental sticky note to think through later.

Therefore, the hope of attaining lasting shared understanding about a complex issue, among many people, in the course of a single face-to-face meeting is futile.

Thus, the formation of new models, coupled with mental simulation (execution) of those models, is how someone thinks deeply. This requires focus because it takes a-lot of working memory to do this: distractions consume working memory. It is not something one can do “on their feet” with others present, waiting for your response: there is not enough time to do it, and the presence of others consumes attention and therefore working memory.

Also, a new model that has not been reinforced through experience is fragile, and so disruptions can shatter it, requiring someone to spend a great deal of time and effort to restore it. That’s why people don’t even try to think deeply if they expect to be interrupted: it is not worth the investment of energy.

In other words, if you put people in a busy room, they are not even going to try to think deeply – not gonna happen, at least not unless they find a way to tune out the distractions, such as by putting two big screens in front of their eyes to block out visual distraction, using headphones, and ignoring Slack and email.

Some people – I believe mostly introverts – prefer to try to actually think when they converse. Consider for example this exchange between Joe Rogan and Elon Musk. When Rogan asks a question, Musk does not immediately shoot back: he often pauses and thinks – sometimes for several seconds.

If Elon Musk were not famous, and he were in a group, and paused like that, people would take the conversation and he would never get a word in. He would be the silent guy listening and rarely speaking.

That is the experience of introverts in most face-to-face group settings. They think before they talk, and so they can’t get a word in, so they stop trying.

In any case, I am talking about the context of face-to-face conversation. In that setting, it is the extroverts who speak up. Those extroverts who are deep thinkers will find a way to get their thoughts out there – they will make people listen. Their eyes go wide and they raise their voice and laugh and wave their hands; they rise from their chair and slap people on the shoulder and make jabs at others in fun, and make themselves the center of attention. It is how they are.

But if a deep thinker is an introvert, they will sit quietly and say little, even if they have the answer that everyone is looking for. They are waiting to be asked for their opinion, and they need to explain it in its entirety without being interrupted – something that just is not going to happen in a group setting.