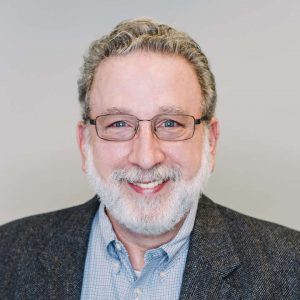 Linkedin
Twitter
Globe-americas
Envelope
Bob Galen is an Agile Methodologist, Practitioner & Coach based in Cary, NC. In this role, he helps guide companies and teams in their pragmatic adoption and organizational shift towards Scrum and other Agile methods. He is currently a Principal Agile Coach at RGCG. Bob regularly speaks at international conferences and professional groups on a broad range of topics related to agile software development. He is the author of the books: Agile Reflections, Scrum Product Ownership, and Three Pillars of Agile Quality and Testing.

There seems to be a strong skew towards the (professional) coaching stance. In fact, I think that skew is a dangerous one. Not because it’s not important. It is. But because it’s not the only stance. It’s only one of many and balance and breadth are still keys from my point of view.

I earned my CEC (Certified Enterprise Coach) certification with the Scrum Alliance in 2012. I’d applied in 2011, so it took me about a year to go through the process at the time. If my memory is right, I believe I was about the 43rd CEC at the time.

I had been serving in leadership and agile coaching roles for quite a few years prior to that. I’d also been part of a couple of fairly successful agile transformations at the organizational level. So, while I was confident in my coaching capabilities, I was excited to go through the process as a way of validating my journey, experiences, and skills.

Back then, the focus was on the breadth of your stances. For example—

Were all areas where you had to have skills, experience, and acumen as a coach. And you needed to demonstrate a nice balance across that spectrum of capabilities. For example, you couldn’t simply be a strong teacher or facilitator and weak in your consultative or coaching chops. Instead, you had to be relatively balanced across all of them.

Of course, everyone has strength areas, but balance and breadth were the keys.

You can see an example model for what I’m talking about in this post about The Big Wheel of Agile Coaching. While it has a strong emphasis on coaching skills/capabilities, it’s a much more broadly balanced and nuanced view to exactly what agile coaching encompasses.

But the times seem to have changed…

There seems to be a strong skew towards the (professional) coaching stance. In fact, I think that skew is a dangerous one. Not because it’s not important. It is. But because it’s not the only stance. It’s only one of many and balance and breadth are still keys from my point of view.

What evidence do I have?

I’ve been mentoring candidates for the CTC and CEC since I earned my CEC. It’s something I’ve been doing pro bono as a means of “paying forward” everything the Scrum Alliance coaching community has given to me.

What I’ve discovered recently is that there is a strong emphasis on professional coaching chops. In fact, a recent CEC candidate was told that they lacked PCC equivalent coaching skills and were not a good candidate. Even though they had attended iCAgile coaching classes, had solid coaching skills, and were incredibly balanced across the skill areas I mentioned. It seemed the emphasis was nearly all towards their ability to professionally coach—balance be damned.

And, as you’ll see later, the PCC level is a fairly mature certification within the International Coaching Federation (ICF) certification levels, so not an easy hurdle to clear.

You can also see the skew in emphasis in the documents on the Scrum Alliance website that detail the requirements for the CTC and CEC certifications.

The starkest example for me of the skew is reading the study resources for CEC candidates. If you review it, there are three primary sections focused on coaching.

The starkest example for me of the skew is reading the study resources for CEC candidates. If you review it, there are three primary sections focused on coaching.

Outside of agile and coaching skills there are literally three recommended references. Imagine that…three!

For example, I think Gerald Weinberg’s and Peter Block’s seminal works on consulting would be invaluable references for agile coaches adopting a consulting stance.

And my point is not to expand the references now with recommendations. Instead, it’s to show that they are imbalanced.

The Path To Coaching

A great group of volunteers on the Scrum Alliance have put together a series of recordings entitled the Path to Coaching. It’s a wonderful resource to help develop your coaching stance skills. I haven’t watched or engaged with all of the content. But I watched a sampling of them and reviewed the descriptions of the materials.

ICF coaching competencies were mentioned in every lesson I reviewed. And the teaching/focus, again, seems entirely focused on professional coaching.

Beyond what’s been recorded, I’d love to see some coverage of—

And those are just a quick list of concepts and skills that are missing and would broaden the impact and value of the resources. But again, The Path to Coaching is a GREAT resource for learning the craft of professional coaching. It’s just lacking other dimensions.

Now I want to clarify something. When I reference professional coaching, I thought I’d share some information as to what I mean by that. The following are representative of pure coaching:

And all are representative of this coaching mindset—

The client is naturally creative and resourceful and whole. Therefore, they have the means to solve their own challenges.

While I understand the power and simplicity of this mindset, when you adopt it too strongly over the other stances, you’ll often miss other opportunities to help your clients.

And keep in mind that both the ACC and PCC are fairly mature certifications with robust coaching training and practice requirements. And again, they are purely coaching stance focused.

I did speak to a few folks at the Scrum Alliance about my concerns and I shared a draft of this post with them. Essentially the response (paraphrased) was –

We agree with you that perhaps we’ve skewed a bit towards professional coaching. The reasons for that are two-fold. First, there was a trend in the incoming CTC and CEC candidates where they lacked any sort of professional coaching skills. And second, we believe it’s an incredibly important stance for all coaches and it’s a relatively easy one for us to check on in early phases of the certification path. They also acknowledged that they’re still looking for better balance in the agile coach’s skill set even though everything on the website materials seems to skew towards professional coaching.

I do want to emphasize that they graciously took my feedback and promised to consider it in future adjustments in the focus for the certifications.

It’s not clear to me that every Agile Coach needs to have a strong coaching stance in order to effectively help their clients (our agile community).  I would say there are situations where I would take an agile coach with strong consultative and mentoring skills and very lightweight coaching skills. They could meet a client where they are and help to guide them forward.

And I think there are situations where an agile coach, whose only strength is their coaching stance, might be incredibly unhelpful to a client by subjecting them to death by a thousand powerful questions. In other words, I can see senior leaders and leadership teams (ejecting) agile coaches whose only tool is powerful questions, clean language, NLP, or a variety of questioning frameworks in every situation.

What is that old adage, if the only tool you have is a hammer, then everything looks like a nail.

That perfectly illustrates my concern. It’s not that the coaching stance isn’t important for agile coaches. It certainly is. In fact, that’s exactly why I’ve pursued my ORSC training and am currently in an ORSC certification cohort. To sharpen my saw when it comes to my professional coaching capabilities.

But that being said, I feel it’s approaching irresponsibility to emphasize any stance/tool so strongly over the others.

Successful agile coaches need to be much more nuanced and situational in the breadth, depth, and usage of their skills. And yes, sometimes we need to be skilled consultants and still be regarded as “Agile Coaches”.

I sincerely hope that the Scrum Alliance reconsiders its balance when it comes to the coaching certifications and immediately begins to swing the pendulum back towards the middle. Otherwise, we’re certifying and releasing a large group of “Agile Coaches” on the business world who potentially have a single (albeit strong) skill in their toolbelt.