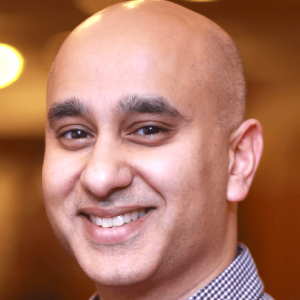 For Zia Malik, organisational change doesn’t just mean adopting new processes and working in new ways. It isn’t even simply about thinking in new ways. True transformation requires challenging beliefs, and that means changing people from the inside.

Zia is one of a small number of UK Certified Enterprise Coaches and professionally trained coach in business and personal coaching, accredited by the International Coach Federation. He has worked as an enterprise coach in a range of industries. Read his Zia’s bio at beliminal.com.

You’ve been there before, you’re dreading the meeting, it’s 10 a.m. on Monday and you’re at your weekly review session with stakeholders. In most cases, it would be fine, in this case, however, it isn’t. You can’t shake the deep feeling in your stomach, that feeling of innate fear. “I don’t want to be at this meeting,” you repeat your mantra as you enter the room. You look for one of the stakeholders, the one that completely dominates the room, belittles everyone in your team and rather than celebrate success, victimises and leaves your team broken. It’s a repeating pattern, and to be frank, it’s bringing you and your team down.

You’ve been there before, you’re dreading the meeting, it’s 10 a.m. on Monday and you’re at your weekly review session with stakeholders. In most cases, it would be fine, in this case, however, it isn’t. You can’t shake the deep feeling in your stomach, that feeling of innate fear. “I don’t want to be at this meeting,” you repeat your mantra as you enter the room. You look for one of the stakeholders, the one that completely dominates the room, belittles everyone in your team and rather than celebrate success, victimises and leaves your team broken. It’s a repeating pattern, and to be frank, it’s bringing you and your team down. Like a virus spreading through your organisation, you notice these behaviours infecting more and more people and you’re not sure what to do about it. You see these extreme behaviours becoming the norm, they’ve become the personality of your organisation, the silent expectation, the default position.

Sounds familiar? Time and again, as Certified Agile Coaches we find ourselves observing these behaviours. Yet, often we cannot see the best way to navigate through the complex interpersonal relationships to know where they should start, let alone how we might go about dealing with some of these challenges. During organisational change initiatives, we find the emphasis placed on process and structure of change rather than individuals and their place within and the impact on the organisation.

The focus on human behaviours, how people interact and their impact on one another is seldom the intent for an organisational change initiative. Even well-meaning coaches and consultants will often come armed with oven-ready frameworks and models to implement. The impact can be far more damaging to an organisation than one realises.

“If organisations truly want to maintain the effect of change in a continually evolving environment, it has to do something different. And that starts with its people.”

Ineffective apathetic teams, despite the effort on team formation and tooling, are often the cause of unengaged people in the workplace, despite leadership’s best intentions. If the leaders have placed a great deal of emphasis on building a collaborative and fun organisation, why are they not realising value? Even though they’ve employed an army of coaches and consultants to help bring their expertise on organisational change to help get resources (sorry, I mean “people”) together into a new way of working? Of course, it’s all important, but this lack of a holistic focus on organisational change completely misses the point. It creates half-baked change initiatives that are as fragile as the paper they’re presented on, taking only the smallest challenge for people to go back to their default positions. Change becomes superficial at best, and its impact is barely felt across the organisation. If organisations truly want to maintain the effect of change in a continually evolving environment, they have to do something different. And that starts with effective coaching of their people.

“As coaches, we are present to encourage a heuristic approach to change. Fundamentally, that starts with human behaviours. If we can’t get that right, we are unfortunately building everything else on crumbling foundations.”

Holistic coaching is close to my heart and something I speak about a lot. All too often, I hear people say, “I’m an executive coach,” “I’m coaching the executives,” or “coaching the teams,” completely ignoring everyone else in the organisation. As a Certified Agile Coach, I have never decided that I am coaching only a particular group or type of people within the organisation based on structure or hierarchy. Nor do I care for appeasing hierarchical structures by differentiating between a team or executive coach. For me, it’s about coaching people full stop. I often call myself an enterprise or organisational coach for this reason; it’s about coaching the whole system to change.

Of course, it starts with people, and no matter where we begin, if we don’t consider the interpersonal relationships that exist in the organisation, then we will struggle, as coaches, to make any meaningful impact. As coaches, we are present to encourage a heuristic approach to change. Fundamentally, that starts with human behaviours, if we can’t get that right, we are unfortunately building everything else on crumbling foundations.

One model that’s stuck with me for many years is Timothy Leary’s circumplex often referred to as ‘Leary’s rose.’ Timothy Leary was a clinical psychologist and in 1957 wrote a paper in which he explained that interpersonal relationships could be mapped and defined in a circumplex. The circumplex is arranged with extreme behaviours on the outer edge that are divided into segments. The closer you identify to the centre of the circumplex, the more you exhibit well rounded, positive behaviour with others. For me, the circumplex helps coaches recognise negative behaviours and approaches for dealing with them. The top and bottom of the circumplex are considered triggers, so dominant behaviour will encourage submissiveness and vice-versa. On the right, togetherness will promote friendship and support while on the left-hand side, the opposition will encourage conflict.

The circumplex is extremely deep, and despite being introduced to me in 2012, there is still much more to learn from and experiment with. The intent of this article is not to describe the detailed patterns associated with Leary’s rose; perhaps I will get to that another time. It is to introduce and entice you to learn more about it, given many models come and go and this one has held firm for over 60 years! For organisational coaches, this model can prove to be extremely useful to support deep-rooted organisational change. So many people in organisations suffer from a lack of psychological safety, limiting beliefs, and daily emotional challenges that no amount of process-focused frameworks will help. Coaches need to understand that human behaviours are integral to the heart of organisations and ergo, people in that system need support, guidance and nurturing. This is how we affect the deepest part of the culture or personality of the organisation, by positively stimulating people’s individual character, so the reach is systemwide.

Very few organisations understand where to start when embarking on a change initiative. The focus on business agility is valuable yet all too often falls short on simple steps that concentrate on process change or leadership-centric initiatives. While useful, coaches often miss the essential aspect of any organisation to change successfully – and that is its people.

“True wisdom comes to each of us when we realise how little we understand about life, ourselves, and the world around us.”

A focus on human behaviour allows us to observe and facilitate relationships in our organisation. Coaching is a means to get people to reflect heuristically on themselves and their impact on the world around them. Such focus often creates an epiphany, a self-realisation moment that in turn will move them through a threshold of change. To watch this is magical and immensely satisfying. The metamorphosis that takes place internally and between people has the potential to last a long time because it goes deep. You often won’t recall a coaching conversation, but you will certainly remember how a coach made you feel.

To summarise, I would distil my reflections into these points:

Focusing on human behaviours allows us as coaches to explore the deepest levels of organisational change. This is important. We must seek to learn more about ourselves before we can embark on a journey to help others. As Socrates put it, “True wisdom comes to each of us when we realise how little we understand about life, ourselves, and the world around us.” As coaches, reflecting on human behaviours will help us identify how best to guide and leave a positive impact on the people and the wider organisation for meaningful change and ultimately a sustainable transformation.